Which mechanisms are responsible for volume in breadmaking? 1/2

Home > News Posts  > Which mechanisms are responsible for volume in breadmaking? 1/2 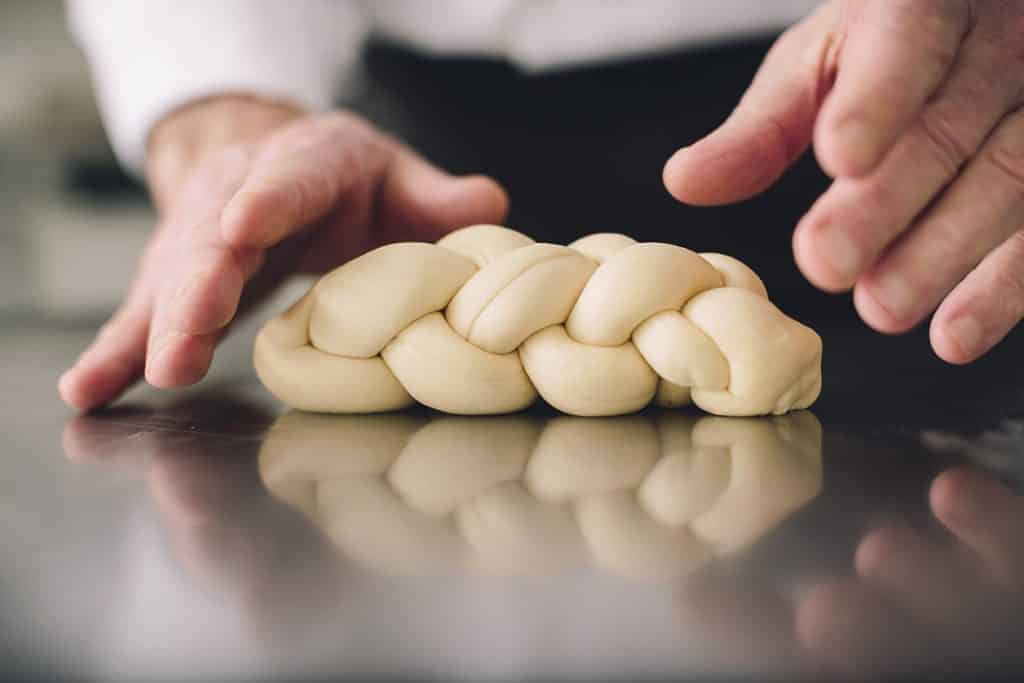 19 Jul Which mechanisms are responsible for volume in breadmaking? 1/2

Posted at 08:52h in News Posts by Hamilton Martyn 0 Comments

Volume is a decisive quality criterion in many bakery goods. The development of a dough mass, and therefore the volume of the finished bakery good, is dependent upon two factors: the volume of carbon dioxide gases produced under the effect of yeast fermentation and the gas retention capacity. This article takes a look at the mechanisms responsible for CO2 production.

What is responsible for the swelling of dough?

The swelling of a dough mass is caused by the production of carbon dioxide (CO2) during the different stages of fermentation. Said fermentation is primarily brought about by the yeast present in dough and its action on the sugars it uses as substrates. The fermentable sugars naturally present in flour are rapidly exhausted and gradually followed by other sugars produced from starch thanks to the action of the enzymes present in flour, namely amylases.

The role of alcoholic fermentation in gas thrust

During the fermentation process, the yeasts present in the dough (primarily Saccharomyces cerevisiae) convert the simple sugars (glucose and fructose) into alcohol and carbon dioxide: this is the process known as alcoholic fermentation.

The gases thus formed are responsible for the development undergone by the dough during final proofing, before it enters the oven. The bubbles of CO2 trapped inside the dough will form the air holes dispersed throughout the crumb after the loaf is baked.

Alcoholic fermentation, and therefore the production of CO2 and the achievement of volume, depends upon the presence in flour of different types of sugar, which are successively employed by the yeast as substrates:

Flour contains a few simple sugars (monosaccharides and disaccharides), which can be initially employed by the yeast. These sugars are generally found in limited amounts in dough and are rapidly exhausted by the fermentative metabolism of the yeast. The result is a temporary slowdown in CO2 production.

Once the simple sugars in the dough have been exhausted, the polysaccharide found in significant quantities in flour, known as starch, becomes the major source of the sugars required for alcoholic fermentation. However, for starch to be utilizable by yeast, it must first be hydrolysed into smaller molecules by the action of the enzyme amylase. The amylases swing into action from the mixing stage and until they are denatured by the effect of heat during oven baking (Pyler and Gorton, 2008). The broken-down starch brings about the availability of new simple sugars (maltose and glucose), which are immediately employed as substrates by the yeast, thereby restarting the fermentation and gas production processes.