What are the origins of the croissant?

Home > News Posts  > What are the origins of the croissant? 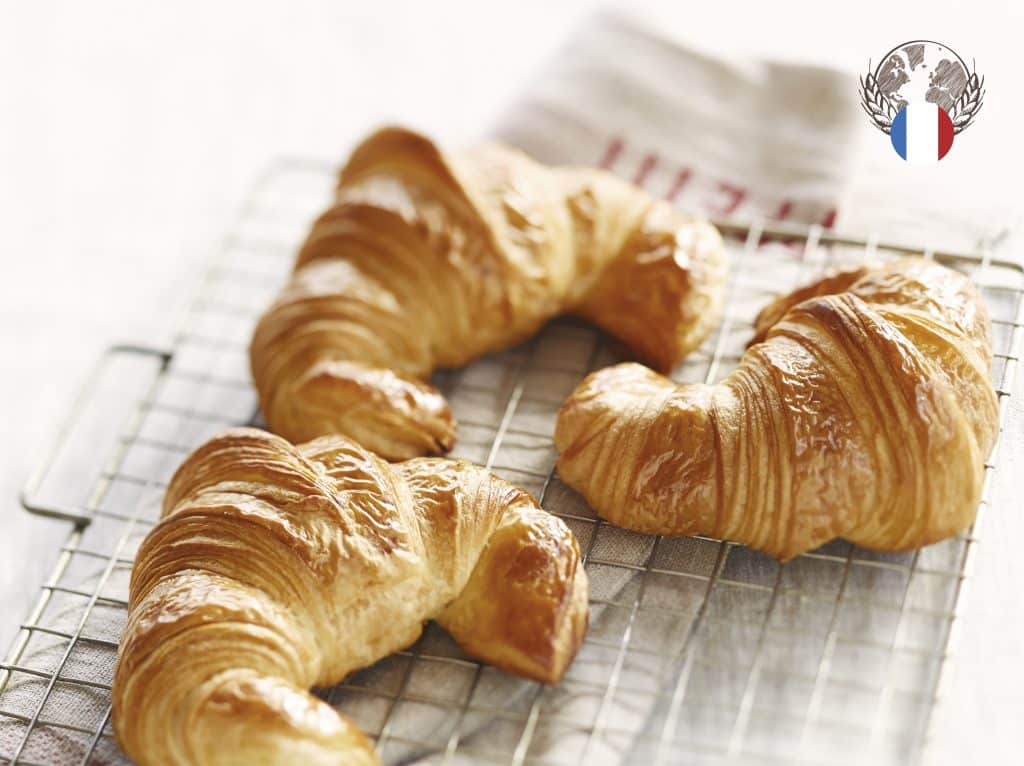 27 Jul What are the origins of the croissant?

Posted at 08:49h in News Posts by Hamilton Martyn 0 Comments

Associated in our minds with the fun-loving French capital, the croissant enjoys worldwide renown, but very few people remember its international origins! We shed the spotlight on this well-loved pastry …

Not as French as they say!

Today’s croissant is made of leavened flaky pastry

Flour, salt, water… and a large amount of top-quality butter go into the making of the famous croissant. A croissant is essentially leavened flaky pastry, the making of which requires discipline and meticulous attention to detail: rigour is applied to the dough’s fermentation time and preparation temperature (16°C), careful attention is paid when incorporating the butter for the sheeting process, then a constant time and temperature are important during oven baking.

A pure butter pastry to be consumed in moderation

As it is prepared with a huge amount of butter, which is necessary for the sheeting process, a croissant lover should stop counting the calories (200 to 400 calories depending on weight and origin). For this reason it is forbidden by nutritionists, even though it represents the traditional idea of a French breakfast!

Low in proteins and vitamins, croissants, which are also an industrialised product, can also contain “bad” fatty acid type lipids that are normally to be avoided.

Be that as it may, the croissant is a baker’s speciality, and an exceptional one at that, well-loved by everyone and an iconic part of French gastronomic culture.

Contrary to popular belief, the croissant is not a French invention (although France has adopted it as an icon of its gastronomy), but the result of a sequence of events in History.

Its origins date from 1683. At the time, the Austrian town of Vienna was under siege by the Ottomans. To put an end to the protracted, costly situation, the Grand Vizir decided to invade the town by digging underground tunnels beneath its foundations. The tunnel’s path ventured dangerously close to a bakery, whereupon the workers heard the suspicious digging noises. Initially curious, then concerned, they alerted the Viennese guard, who sounded the alarm. Thwarted in their plans, the Turks lifted the siege and left the outskirts of the town.

Delighted at this happy outcome, the Viennese decided to celebrate the event by creating a new pastry symbolising the depiction of the crescent moon on the Turkish flag: thereby giving rise to the term “croissant”! Originally based on a brioche-type dough, the croissant soon became popular in Austria.

The many pastry chefs of Austrian origin in Paris thus helped introduce the croissant to the rest of France. At the famous Exposition Universelle of 1889, it witnessed a huge surge in popularity, still in its brioche form.

After the First World War, the recipe underwent a few changes and the croissant was henceforth made with leavened flaky pastry.

The present-day croissant was therefore truly born in France… but its roots are Viennese!